The results of the “on-site” findings resulted in the determination to pull this Boiler Feed Pump Motor (9000HP, 1800RPM, 13,200v, Siemens Allis) out for repair. The motor was removed and was received by the HECO motor repair shop on 3-31-2015.

This is the second article in a series of articles on this Boiler Feed Pump Motor case study. Articles will be released over 3 consecutive weeks. This article focuses on the “in-shop” findings while the motor was at the repair facility. The first article was based on the “on-site” findings that gave the justification required to pull the motor for repair. The third article will show the corrective repairs taken to prevent the failure from recurring.

During the dismantle and inspection process it was quickly confirmed that the unit was extremely dirty. The motor windings were packed full of dirt/debris and the bearings showed signed of rust (water/condensation propagating oxidation). The shaft journals were also marked and damaged from this oxidation with water/moisture. Additionally the inlet air filters were completely plugged – not allowing the motor proper cooling/ventilation. 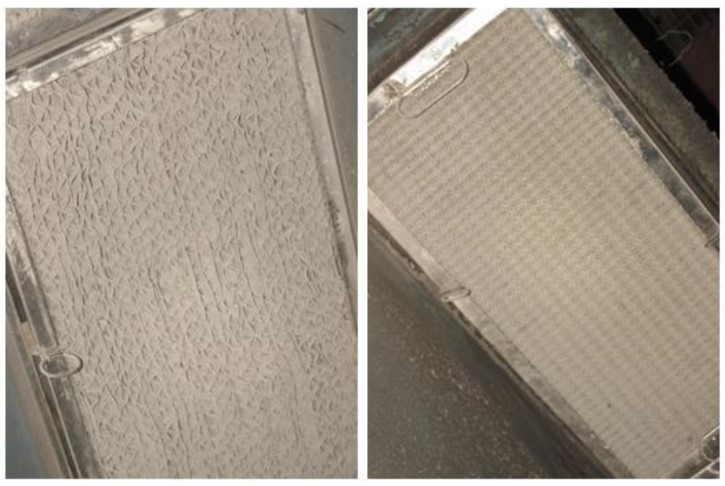 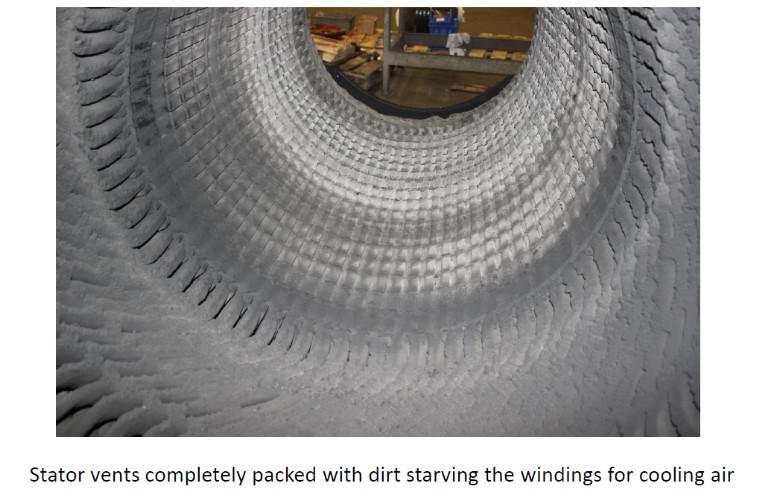 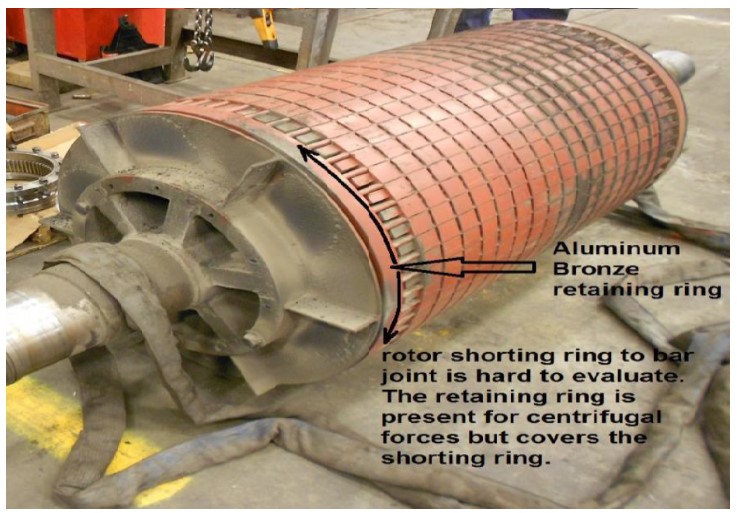 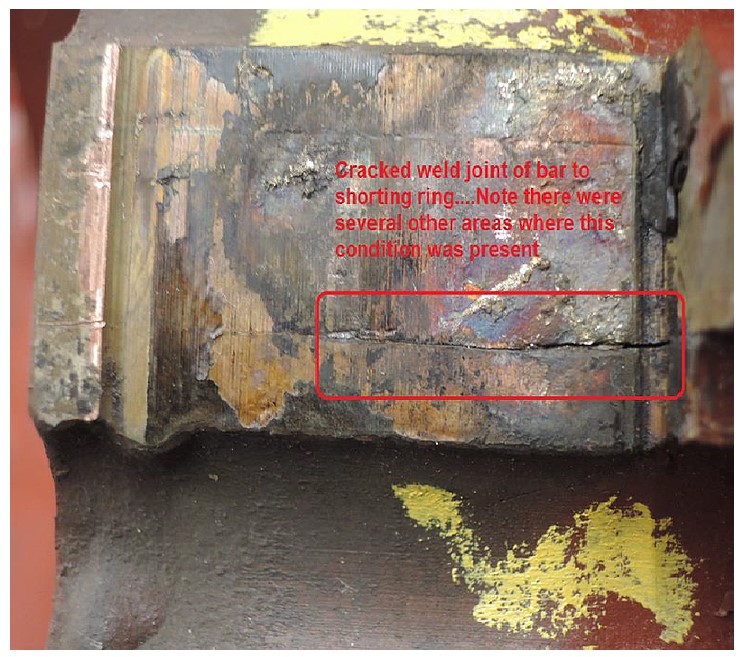 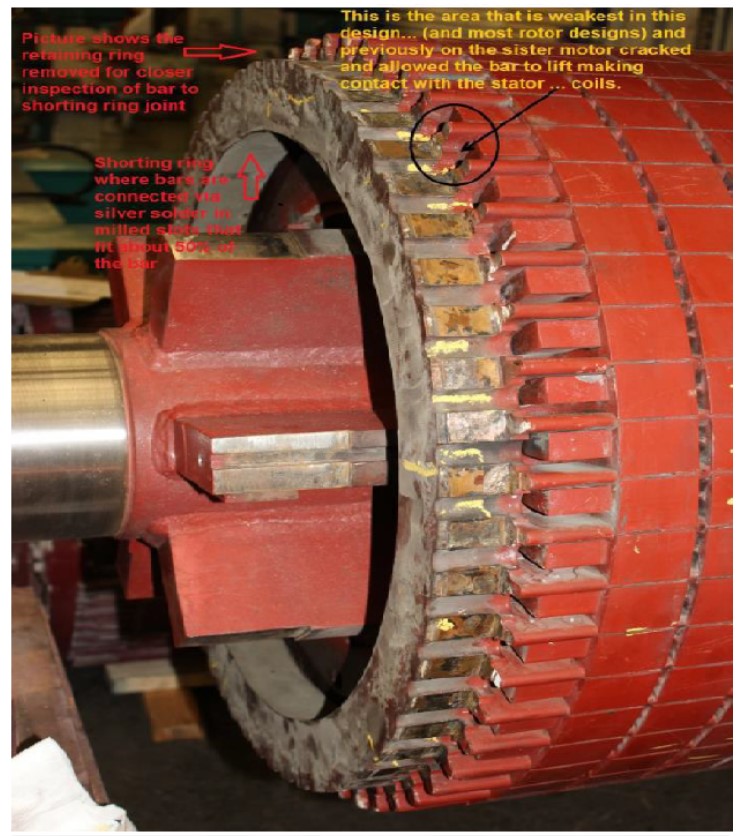 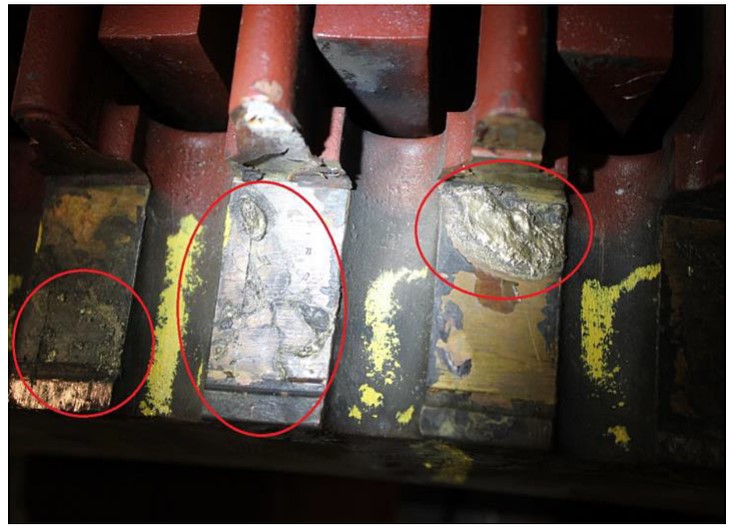 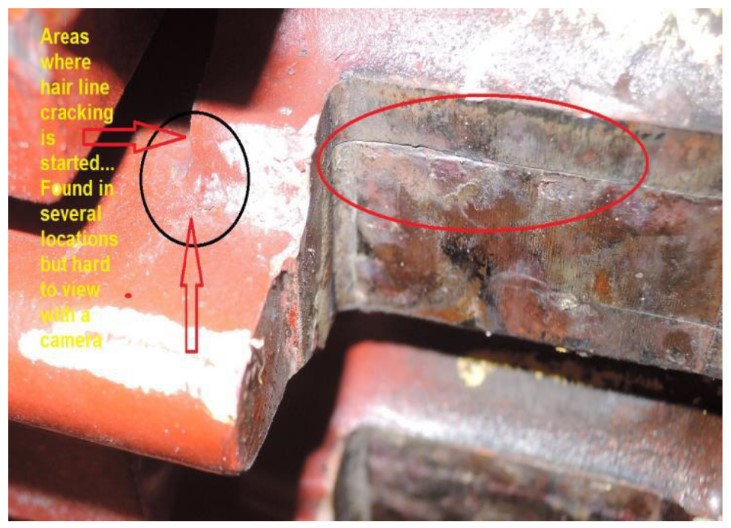 After cleaning, the rotor was inspected more closely for any issues. Due to the aluminum bronze retaining ring which exists for centrifugal forces, it was not possible to evaluate the shorting ring to bar joint. Therefore, the shorting rings were inductively heated and removed to inspect the joints. Below is what was found:

In summary there was strong evidence to conclude this rotor assembly needed to be replaced. There was no way to repair the multiple hair line cracking of the bar to shorting ring. The mechanical integrity of the retaining rings are damaged beyond safe reuse. A new rotor cage was proposed and priced. (I.e. New laminations, bars, shorting rings and retaining rings…. But reusing the old shaft spider assembly.)

Stay tuned next week as we release the third article on this case study. You will be able to see what repairs that were taken to correct the issues as well as how the motor ran once put back into service. 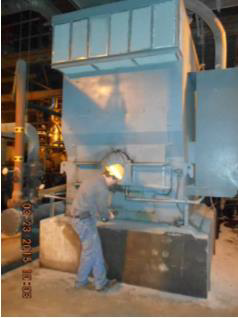