Nolan Crowley: Nolan is a Business Development Specialist for HECO. Nolan has BS from Miami University along with extensive field experience with powertrains, electric motors, & vibration issues since 2007.

Read on to learn more!

Motion Amplification in a Nutshell
Motion amplification <LINK TO: https://www.hecoinc.com/heco-system/motion-amplification> is a non-contact process that turns every pixel in a high-resolution digital video into an extremely accurate sensor for measuring movement and vibration. The data can then be used to generate a new video that amplifies the motion so users can clearly see the components and relationships that are generating the motion.

How Motion Amplification Works
The concept behind motion amplification is fairly straightforward. Basically, the object, system, or structure is filmed while it is running under normal operating conditions. Filming is done by a high-speed digital video camera with an extremely high resolution. It usually takes only a few seconds of video to reveal your powertrain’s vibration challenge.

The individual images that make up the frames in the video are analyzed pixel by pixel. How the object moves (displacement and deflection) can be determined by looking at how the pixels are changing between successive frames.

The displacement measurements obtained from the video possess accuracy on the same level as a contacting displacement sensor. That displacement and deflection data can also provide information about velocity and acceleration, as well as vibration for further vibration analysis.

Next, proprietary software algorithms take the data related to position and displacement and scale it up. The scaled movement is applied to the original frames to generate a new video that has amplified the motion so the human eye can recognize it.

The Information Provided by Motion Amplification
Let’s say you know something new is vibrating, but you can’t tell why. A motion amplification scan can help you see where the invisible vibration is occurring. If you look at the video below, you’ll see three different motion scans that make it very obvious what the cause of vibration is.

In the first video, the pump base is obviously rocking –which tells the maintenance team that they need to better secure that base. The second video reveals that the left side of the base is loose compared to the rest of the structure, again indicating that some minor maintenance is needed. The third video may seem rather extreme but it shows very clearly that something isn’t correctly fastened.

However, videos aren’t the only data that a motion amplification system provides. The data gathered from the original video can be used to extract time waveforms and frequency spectrums, supporting both basic and advanced vibration analysis. That same data, combined with the videos, will help a trained vibration analyst to visualize the math and mechanics of the vibration taking place.

How Does it Differ From Traditional Vibration Analysis Techniques?
Motion amplification approaches problems related to vibration using a very different approach made possible by modern technology and advanced software. It is intended to be used along with traditional vibration analysis, not in place of it.

What Place Should Motion Amplification Have in Your Vibration Analysis Program?
Motion amplification is a powerful tool for enhancing PdM and complements traditional vibration analysis rather than replacing it. Some of our customers use it as part of their route-based data collection <LINK TO: https://www.hecoinc.com/heco-system/vibration-route>, implementing it when there are signs of excessive vibration. Motion scans can also be used to check for potential vibration problems when equipment is being commissioned and provide useful baseline data for condition monitoring later.

As part of your vibration analysis program, it can ….

RDI IRIS-M System
Here at HECO, we use the RDI IRIS-M system, which uses a high-resolution digital video camera that provides 2.3 million video-based sensor points at a sample rate of 180 fps and up to 1,300 fps at a reduced resolution.

Something important to keep in mind with these systems, as with any digital video system, is the importance of light to achieve a clear image and good data. The IRIS-M system comes with an option LED light that provides 23,000 Lux at 1 meter. 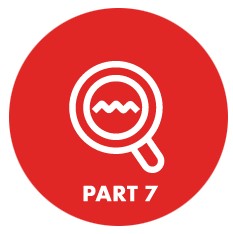